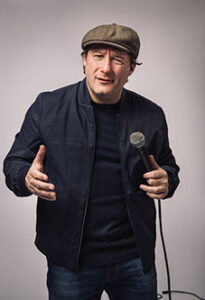 Hello my friends, Dave Russo here. Hope all is well! I would like to personally thank you for taking time out of your busy schedule to join me at this amazing event.  I’m thrilled to be the MC and bring a truly amazing globally recognized additional comic to the CyberDefenseCon 2022 stage, celebrating CDM’s 10th anniversary.

About me:  recently named “Best Male Comic” in the city by the Boston Examiner, Dave Russo has been a mainstay of Boston comedy for the last fifteen years. As co-host of NESN’s Dirty Water TV, he produces a regular comedy series, in addition to reporting on the best of Boston night life. He has appeared on The E! TV series “The Entertainer”,  NBC’s “The Today Show,” FOX 25 with

Gene Lavanchy, “The Phantom Gourmet,” and was hand selected by the producer of NBC’s “Last Comic Standing” to perform on NESN’s Comedy All-Stars.  Dave was recently featured on BostonGlobe.com’s “Boston, A Comedy Capital” panel, where he participated in a discussion of the history and future of Boston comedy.

Dave Russo is a comedian like no other. He’s a diminutive guy with a big voice, who’s high energy act never fails to leave audiences doubled over in laughter. Dave has yet to meet a crowd that he can’t win over with his charm and upbeat attitude. His quick wit and clever improvisation skills keep audiences on their toes, never sure where Dave’s mind will ricochet to next. His artful storytelling, combined with his flair for theatrics, and killer Robert DeNiro impression has entertained audiences around the country. 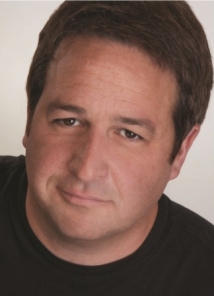 Al began his career in comedy while serving in the U.S. Navy, cutting his teeth in the open-mike circuit of Tidewater, Virginia. Al’s performances in Norfolk bars and Virginia Beach clubs before audiences of rowdy college students, rowdier sailors, and sunburned tourists allowed him to hone his act, and he soon graduated to paid gigs throughout the region. Within a few short years of his start as an anonymous open-miker, Al found himself living in New York, performing in clubs such as The Comedy Cellar, Stand Up NY and Caroline’s, while also logging thousands of miles on the road. Al’s hilarious material and his natural rapport with his audiences also got him gigs working with some of the biggest names in comedy, such as Jerry Seinfeld, Jim Carrey, Jimmy Fallon and Dennis Miller.

Al is a firmly established headliner who has delighted audiences in an impressive list of venues ranging from Radio City Music Hall to ESPN’s Espy Awards to Las Vegas, Atlantic City and various major cruise lines. Al also has numerous television appearances under his belt, including VH1’s Standup Spotlight, A&E’s Evening at the Improv, MTV’s Half Hour Comedy Hour and Comedy Central’s Short Attention Span Theater. He was featured in the Sunday New York Times in an article titled “Clever, How They Earn That Laugh” about comedians and the different ways they make a living. In 2013, Al authored a best selling e-book titled How About a Hand for the Last Guy, detailing his life in comedy. It is available on amazon.com.