Join Winn in his first live public appearance since Feb, 2020 (RSAC, SF) and get ready for a whirlwind tour of his latest ideas… well, some of them, at least. There’s only so much time.

Everyone will get hard copies of the ANS Design Cheat Sheet to make things easier.

For those who want to go down some security-thinking rabbit holes with me, let’s talk! I’ll be there.

“After talking to Winn for an hour and a half, you’re like, what the f*** just happened?” – Bob Todrank

Winn has lived Cyber Security since 1983, and now says, “I think, maybe, I’m just starting to understand it.” His predictions about the internet & security have been scarily spot on. He coined the term “Electronic Pearl Harbor” while testifying before Congress in 1991 and showed the world how and why massive identify theft, cyber-espionage, nation-state hacking and cyber-terrorism would be an integral part of our future. He was named the “Civilian Architect of Information Warfare,” by Admiral Tyrrell of the British MoD.

His new book, “Analogue Network Security” is a mathematical, time-based and probabilistic approach to justifiable security. His goal is to provide a first set of tools and methods to “fix security and the internet”, including fake news, spam, phishing, DDoS and more. It will twist your mind.

Get your personal copy of the best cybersecurity book of all time:  Analogue Network Security by Winn Schwartau provided to you as a gift from the author, himself.  Get it personally autographed and a photo op with Winn if time permits – it will be a historic moment. 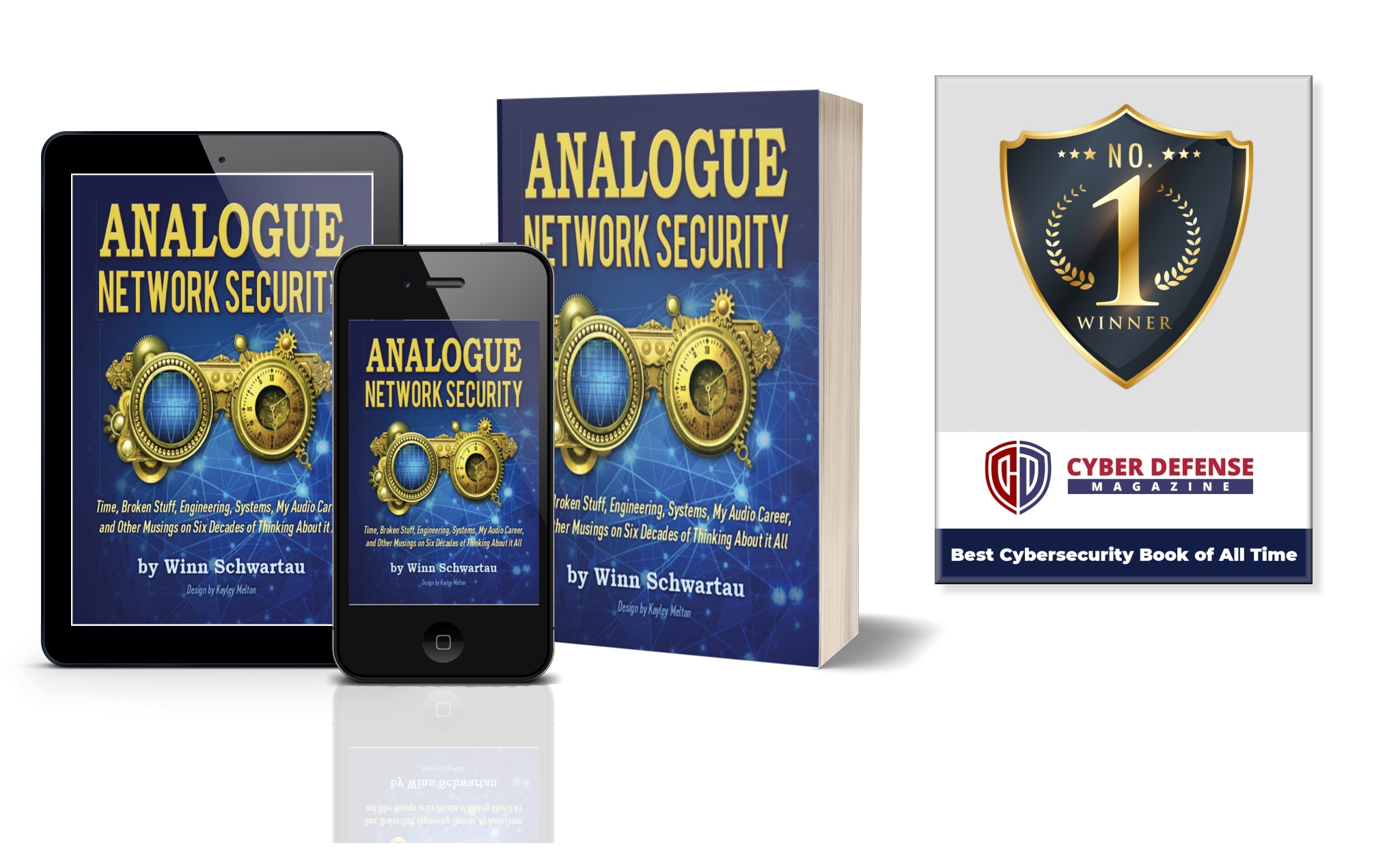 For many centuries, books have been one of the central forms of entertainment for humankind. Readers around the world invest countless hours escaping into new and unique worlds, losing themselves in the words and pages of books from various genres. While all books affect readers in different ways, history has shown that some books have a way of reaching and impacting large groups of people so that they are forever changed. These books can share knowledge, inspiration, and discoveries in various fields. They teach, influence, and alter the way we think. Sometimes these books are so important and enlightening that they help the world and its people evolve. The following books have done just that. By educating and informing readers in the areas of technology, creating new standards in the cyber world, these are top 100 out there, which follow Winn’s timeless leadership.